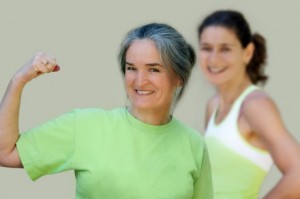 The therapeutic and restorative benefit of chiropractic on functional abilities has been well established in clinical efficacy studies.  Functional health changes are measured by a number of factors some of which include the number of limitations in activities of daily living (ADLs), instrumental ADLs (IADLs), and changes in well-being.  Slowing the rate of functional decline, disability, and dependency among community-dwelling older adults reduces the threat of institutionalization and preserves autonomy and well-being, both of which are long-standing public health policy goals in the United States.  A 2014 study examined how chiropractic compared to medical treatment in episodes of care for uncomplicated back conditions among an older group of Medicare beneficiaries over  a 2-year period using these functional health measures.  Results of the study found that chiropractic confers significant and substantial benefits to older adult functional ability and self-rated health.  Chiropractic care episodes are protective against 2-year declines in activities of daily living among older adults. Chiropractic care episodes are protective against 2-year declines in low back function among older adults.