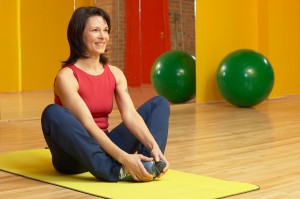 Progressive declines in physical activity over 5 decades have occurred and have primarily caused the obesity epidemic.  Obesity is characterized by the deposits of fat in various parts of the body; it is now evident that fat tissue also acts as an endocrine organ capable of secreting many chemicals (cytokines) that are thought to be involved in the development of obesity, insulin resistance, and metabolic syndrome.  The metabolic syndrome refers to a group of symptoms including obesity, high blood pressure, insulin resistance, and hyperlipidemia (eg, high cholesterol), in which the role of obesity is fundamental. According to a new scientific review article, lifestyle change in terms of increased physical activity and exercise is the best nonpharmacological treatment for obesity since these can reduce insulin resistance, counteract the inflammatory state, and improve the lipid profile.  Of course, poor dietary habits are consistent with an increased risk of obesity also.  There is growing evidence that regular exercise exerts its benefits partly through its  anti-inflammatory effect.  It is clear that exercise causes countless beneficial effects for health, including the promotion of health and lifespan.