Berberine – good for what ails you

Berberine – good for what ails you 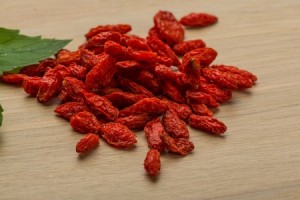 Ever heard of berberine?   Berberine is a classical natural medicine. It has a wide range of effects, being effective against gastroenteritis, abdominal pain and diarrhea, and having antimicrobial, antidiabetic and antiinflammatory properties.  Sound too good to be true?  It has also been shown to have great therapeutic potential against neurodegenerative diseases including Alzheimer’s Disease and Parkinson’s Disease as well as stroke. Due to its effectiveness at crossing the blood-brain barrier as well as its small size, which allows for the ability to act on a number of molecular targets, berberine has merit as an anti-neurodegenerative agent.  What else do people use berberine for?  Frequently used as a dietary supplement for relieving a fever, common cold, respiratory infections as well as influenza, Berberine has been also used as astringent to tone down the skin and has beneficial effects on the upper airways, the gastrointestinal system, the bladder and the rectum.  Berberine in humans has been fully studied for the treatment of different disorders and it is considered safe even at high doses, although it is not recommended during  pregnancy or breastfeeding.