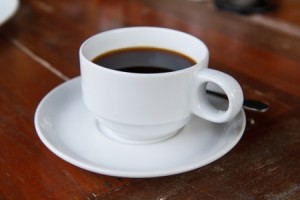 Apparently so.  A new randomized controlled study analyzed the impact of consuming a dark roast coffee blend on the level of spontaneous DNA strand breaks. Quantifying spontaneous DNA strand breaks is a well established marker of health risk.  Eighty-four healthy men were randomized to consume daily for 4 weeks either 750 ml of fresh coffee brew or 750 ml of water, subsequent to a run in washout phase of 4 weeks. The study coffee was a blend providing high amounts of both caffeoylquinic acids (10.18 ±0.33 mg/g) and the roast product N-methylpyridinium (1.10 ± 0.05 mg/g). Before and after the coffee/water consumption phase, spontaneous strand breaks were determined by comet assay.  Results showed that spontaneous DNA strand breaks slightly increased in the control (water only) group whereas they significantly decreased in the coffee group.  The authors of the new study conclude that We conclude that regular coffee consumption contributes to DNA integrity.