Cut Your Risk of Dementia by More than 60%

Cut Your Risk of Dementia by More than 60% 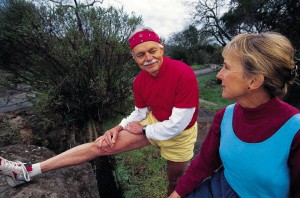 To cut your risks of developing dementia by more than 60%, a new study suggests following five healthy lifestyle behaviors.

Most important is getting regular exercise, followed by:

The study tracked the health habits of 2,235 men over a 35-year and found that exercise significantly reduces the risk of dementia. The people who consistently followed four or five of these behaviors experienced a 60 per cent decline in dementia and cognitive decline .  Additionally, following these healthy habits resulted in 70 per cent fewer instances of diabetes, heart disease and stroke, compared with people who followed none!